Physicians add opportunity, growth and prosperity to the New Mexico’s economy by creating 47,688 jobs and generating $8.0 billion in economic activity, according to a new report, “The Economic Impact of Physicians in New Mexico” released today by the New Mexico Medical Society and the American Medical Association. 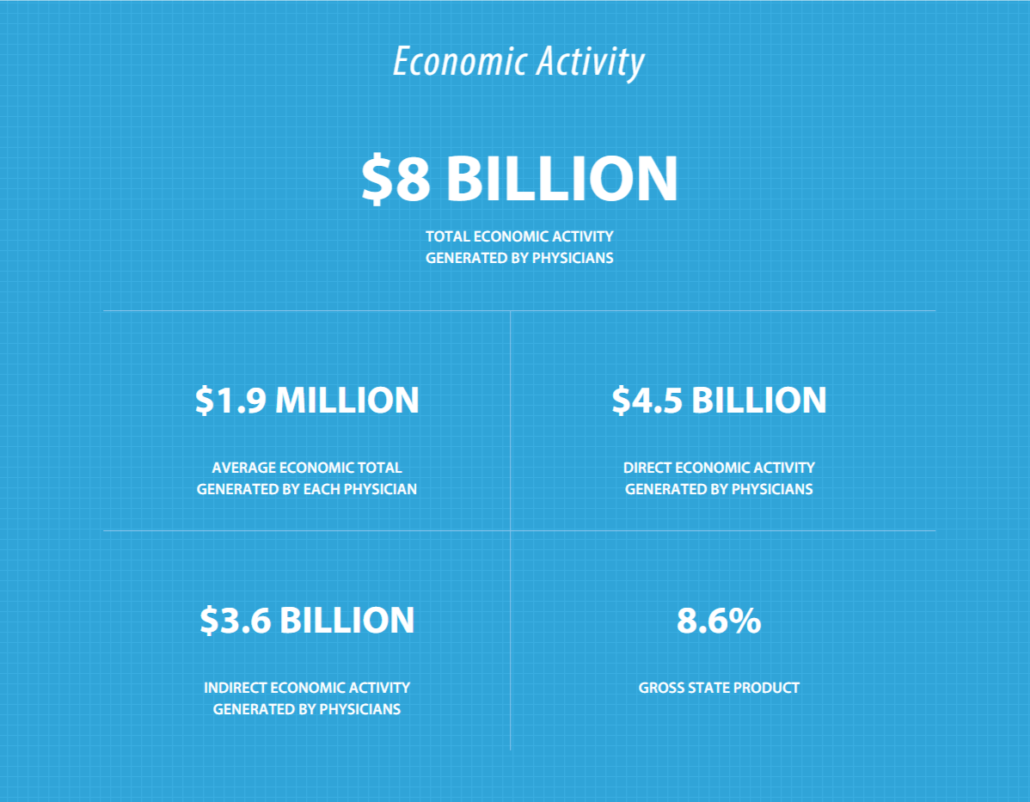 Physicians generate $8.0 billion in economic output, comprising 8.6 percent of the New Mexico economy. Each physician generates $1.9 million for the state economy on average.

Physicians’ contribution to the New Mexico economy generates $316.4 million in state and local tax revenue for their communities—translating to $75,625 for each physician on average—enabling community investments to be made.

“The positive impact of physicians extends beyond safeguarding the health and welfare of their patients,” said AMA President David O. Barbe, M.D., M.H.A. “The Economic Impact Study illustrates that physicians are woven into their local communities and have a vital role in fueling state economies by creating jobs, purchasing goods and services, and supporting public services through the tax revenue they generate.” 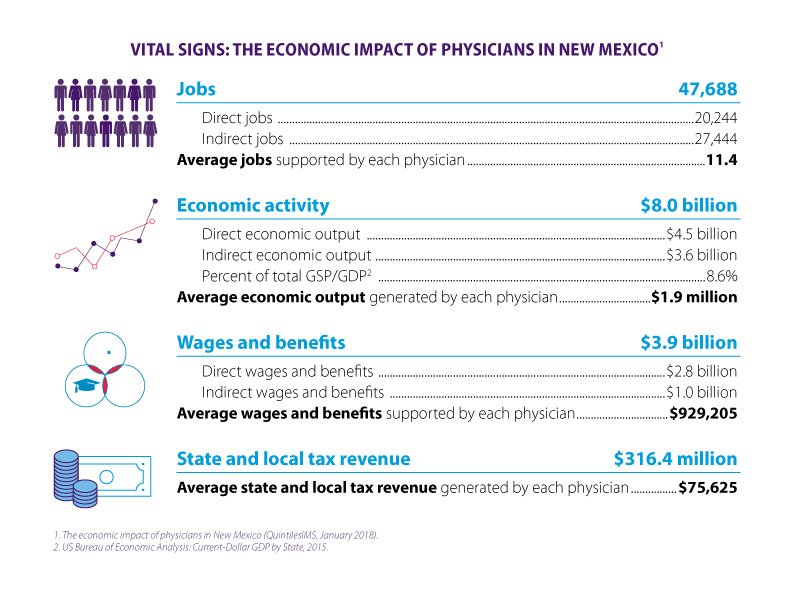 The report found that every dollar applied to physician services in New Mexico supports an additional $1.80 in other business activity. An additional 6.143 jobs, above and beyond the clinical and administrative personnel that work inside the physician practices, are supported for each one million dollars of revenue generated by a physician’s practice. In addition, New Mexico physicians generate more economic output, produce more jobs and pay more in wages and benefits than higher education, nursing and community care facilities, legal services, and home health.

Across the country physicians add $2.3 trillion to the U.S. economy, support more than 12.6 million jobs nationwide, contribute $1 trillion in total wages and benefits paid to U.S. workers, and generate $92.9 billion in state and local tax revenue.

To view the full report and an interactive map, please visit PhysiciansEconomicImpact.org.